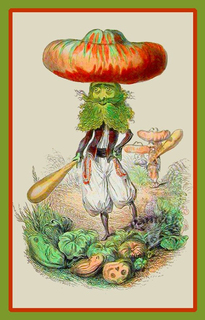 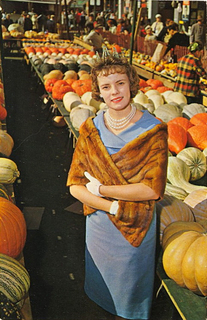 OK, I'm bumping this 2014 October thread up again because...

OCTOBER IS GOURD BANJER MONTH!   (according to me because yes)

haha how serendipitous! I have been making a gourd banjo all this month! It has been fun but full of blunder! Will post some pics once I can get them out of phone and onto laptop

I missed this thread the first time around!  My very first early-style banjo was a Jeff Menzies gourd banjo - it's a small gourd with a wonderful black walnut neck - I always forget what a nice player it is until I pick it up and fool around with it (which I do all to infrequently!)  Being smaller it doesn't have a lot of resonance, and I've taken to leaving it tuned eAEG#B, which is a nice contrast to Briggs tuning sometimes.  I need to try the non-slip shelf liner hack, because it is sometimes hard to keep the thing in one place on my lap!

I tried to grow some bottle gourds two or three years ago with the intention of making at least one into a banjo, but I started a bit late and wound up with a single, puny gourd that wouldn't even be large enough to make a gourd ukulele.

Andy, my pig head gourd Menzies banjer was the thing that led me to minstrel music as well, since I could not tune it up high like oldtime.  So it was tuned low and it proceeded to cast its SPELL on me.  That led me to mid 1800s 'low tunings' and that tune repertoire... and led me here.

---Wow you really 'cut de gourd'  there on Rapahanock!

I had played some banjo (off and on, mostly off) since 1968 but the low "tum" of the mid-19th C banjo hit me as it sounds as though it did with you, Strum!  Now, when I hear a modern banjo, it just sounds like a completely different instrument, even if played "somewhat" the same.

Brian and I noticed that if you play only the low old stuff for a long time, and then suddenly go to an oldtime festival, it sounds like bat radar.  After a few minutes we get used to it again.  Maybe it helps scare the mosquitoes away...lol. 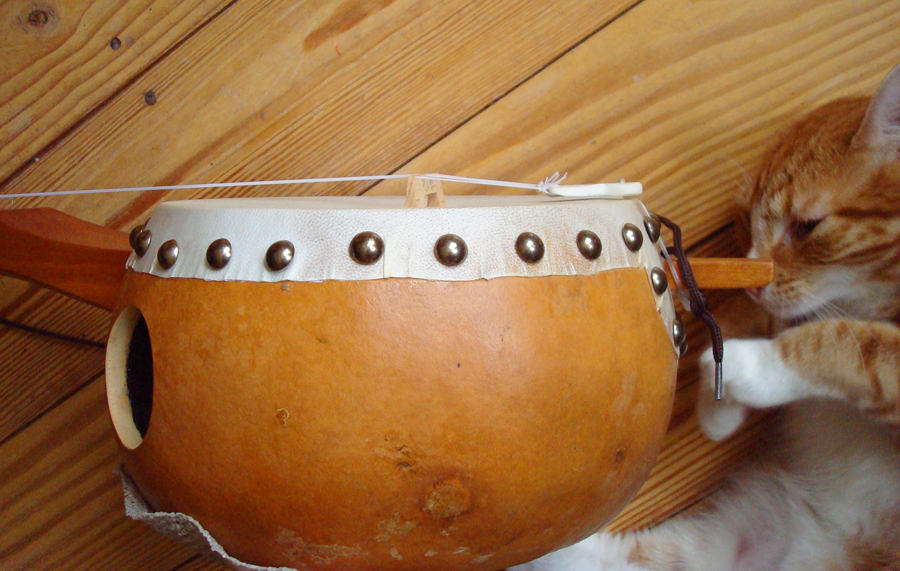 Gourds are great, wish I had one. Here is a photo of my hugest gourd banjo that I built back in ought-nine. The head is ~14" across. That sucker has a very deep voice. I have some recordings of it on my web page:

It is the second banjo down on the page. 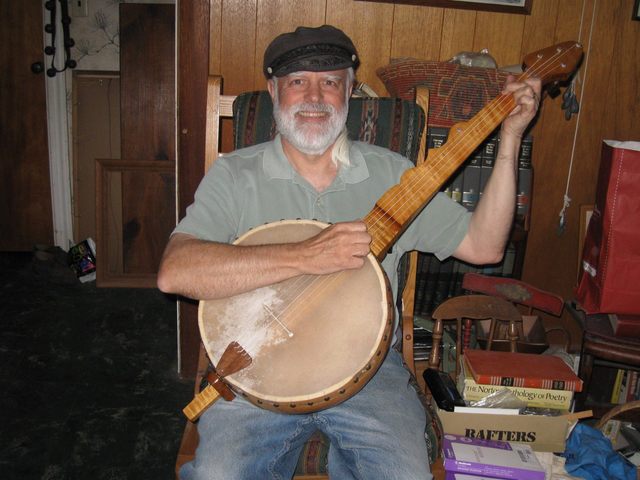 When I first started making gourd banjos, I ordered a box of canteen gourds from Welburn Gourd Farm, specifying gourds that were large enough to build banjos. That enormous gourd was in the box. Here is a photo of all the gourds as they arrived. 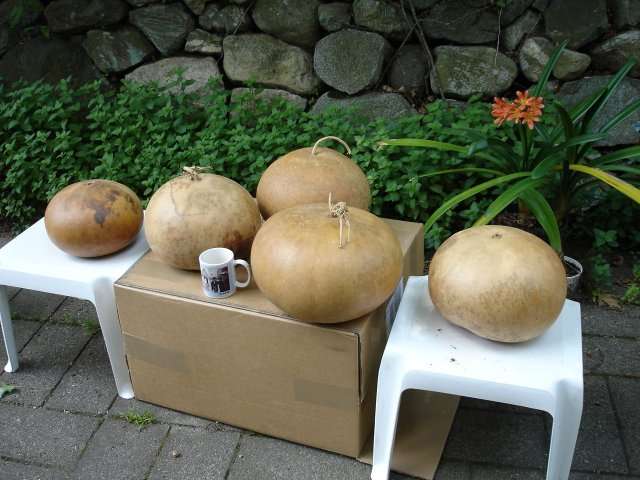 The gourd that went into that banjo is the one in the front, just to the right of the coffee cup. I think maybe that was somebody's idea of a joke or a challenge. I don't know. I built two gourd banjos before I made the huge one, and then, after I had some practice I said, "What the heck. Let's make a monster".

The banjo is difficult to hold, but I do love its baritone voice.