Yet another Grape Vine Twist

A forgotten B-Side by Chubby Checker.

I went to a house concert last night where I heard a mesmerizing "Pompey Ran Away" played on an old Dobson banjo. (Not an everyday occurrance around here!) Came home and checked out Tim's video version, and am trying to get it into my head and fingers. I understand this is one of the first documented "Negroe Jigs". Can anyone fill me in on the provenance of this tune? Thanks.

Whatcha Think about my Idea ?

I have become intrested in becoming sort of an early banjo re enactor at large. I'd like to get some perriod clothing and go around school assemblies and other venues and play some music and give talks about it.
This idea hatched because a Lady at church has asked me to come play and speak to her Genealogy Club.
I'll be taking several instruments that I play , and decided to make the banjo a part of the presentation.
I…
Continue

Just stumbled onto the website of the 2009 Dan Emmett Festival - The headliner that year was the well-known minstrel act "Sha Na Na"! (Younger members may have to Google that name) I guess they are a "period music" group at that.

Ok, here it is. Taken from the Hans Nathan book.

Update on my progress

I'm going to keep a sort of running dialog going on here. I just want to provide some feedback as I try various helps which have been so generously provided to me here. I'm sort of the newbie spokesperson I guess.
I'm currently working on learning the 5 moves. so far I have been able to learn and practice the half strike , the strike , the strike and a half and the double strike. I'm helped quite a bit by the Harpers Ferry videos. The strike and a half with slurred notes is…
Continue

Thanks to all your help

The light has come on and It's all starting to make a bit of sense. I'm sippin coffee an carefully reading the material you have provided. I don't feel so lost now
R H

As most of you know, Joel Hooks and I made a pilgrimage to the Frank Converse gravesite in Elmira, Ny last Thursday. He is buried in his in-laws plot, the Maxwell family. His wife Harriet's father was Thomas Maxwell, a Vice-President of the Erie railroad. He died in 1864 and left Harriet (and Frank) a considerable sum. Also, she had "pile of dough" from her first, short marriage.
So why is Frank's headstone so small and cheap? A clue might be found in the preface to…
Continue

First, the disclaimer: I know not what I do. I may have disremembered, misquoted, misplaced, waxed hyperbolic or simply forgot. No spotted owls were eaten without the proper Mornay sauce having been ladled properly over each. Rolling verbosity knob to 12...

I had several things in mind whilst…

I wanted to thank George and Susan for organizing the early banjo conference this past weekend. I had a swell time and I expect I will attend again next year. I hope this doesn't alter anyone else's plans. Thanks everyone and especially to Nate for his virtuoso bones accompaniment at the concert.

I wrote the following attachment for the Black Banjo Then & Now
list (and it also appears on my website), but thought it would be of
interest to members of this group as well. A lot of what I cover will already be known to members here, including sending readers to the lecture I gave at the 2006 Early Banjo Gathering (audio at the Banjo Clubhouse, but I advise you to access it through my website, WinansBanjo, to… Continue

Looking to hire a group to play music of this period and a caller for dance. Please email me at smdebus@comcast.net 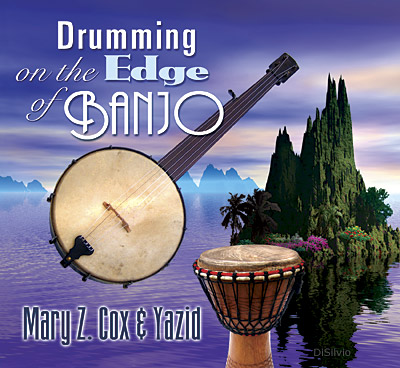 Sent the graphic artist who designed the cover to our new cd tons of pix of different banjos to choose for the cover and guess which one he picked? My gourd banjo is on the back cover. :)
Besides the Bowlin recording--there are several tunes recorded on the 5 string cello banjo on this cd too.
It's ready and available at my website:
www.maryzcox.com
Best wishes,
Mary Z.…
Continue

For those of you who are unfamiliar with my approach to the infinite range of Ways And Means by which one may become involved with that most Beautiful & Delightful of instruments, the Banjo.

Work progresses on my minstrel banjo. My friend James Moffet made me a body out of Ash (I think). It's kind of out-of-round, so I decided instead of a hoop, I would make it a tackhead. I found a beautiful piece of poplar for the neck, got it all planed, marked, and my friend Shane is rough cutting it for me. Talked with a VIOLIN maker here in Fort Wayne. he said for $25 he would carve my tuning pegs and ream the holes for them so they would be good fits, imperative to friction tuners working… Continue

What lesson books with C.D. or better yet D.V.Ds should I be a learnin' from. I have a good ear and been playing banjo more or less guitar style, but I jest hear songs and I can play them. I have played steel guitar and other git fiddles so i ain't afeared of finger pickin' or unlearning bad habits.

Am playin' my version of "Jim along Josie" as I say adieu, thanking you in advance for any hep you can… Continue

When playing along with modern amplified instruments, my banjo was getting drowned out. The problem with using a mic was that it also picked up the other instruments.

I just tried using a Fishman V100 violin pickup, it works pretty well. I carved up a new bridge and embedded the pickup in the bridge. I can now be 'lectrified when I need to be.

Got through the post this morning The Grape Vine Twist by a certain Mr Twiss...can't stop listening to it. Highly recommended. I got mine from CD Baby, no hassle. This boy can play. The tunes are all worth repeated hearing, and Tim has added some complementary percussion. 5 Stars!

Also got a Fred Kelly Freedom Pick, the large Derlin type. It fits snuggly over the finger and can be utilised in either direction, down stroke or up pick, and sounds better than anything else… Continue

I asked John to add a Blog tab alongside Banjo Clubhouse and other things on the banner here. Experience on the Ning Classic Banjo site has shown that they can be quite popular and interesting. You don't have to have anything new or profound to say, although it would be fine if you did...and folk can comment. It's not like the Forum, as it is more personal, but can still be of interest to others.

Curiously, although John just set up the Blog tab today, there are already 5 blog posts… Continue

Save the date! September 10th-13th-Grand Opening of the American Banjo Museum

Hello list members, I wanted to let you know about the gala grand opening celebration of the American Banjo Museum which will be taking place in the Bricktown arts and entertainment district of downtown Oklahoma City, Oklahoma on September 10th-13th.

As the nearly three year, $3.3 million dollar project approaches completion, the music and heritage of the banjo will soon be on display for the… Continue