Mark Bridge with his Boucher Banjo 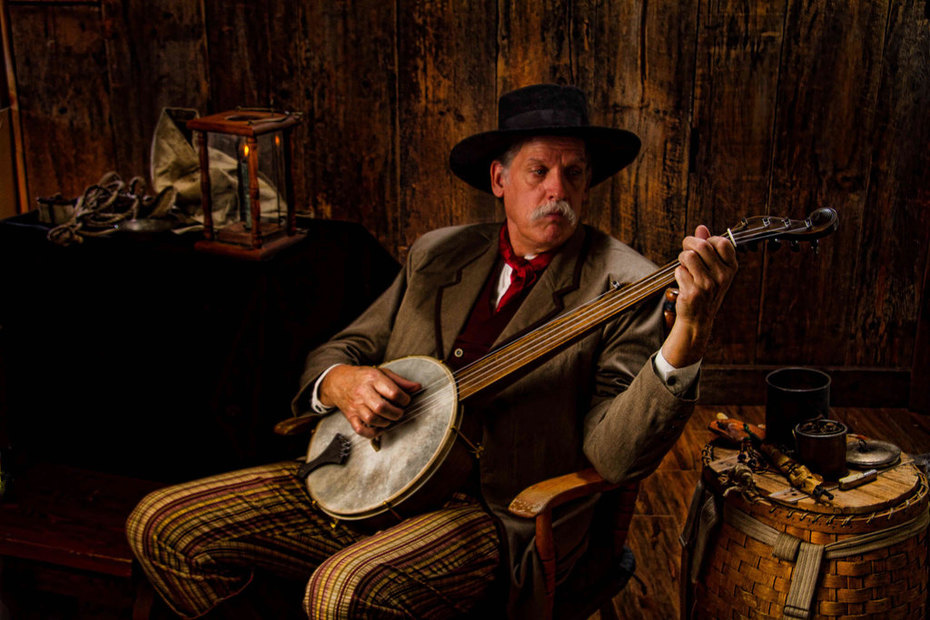 A recent portrait taken of Mark in a period setting.

I'm thinking that banjo and guitar players of the 19th century were pre-disposed to a much more upright position when playing.

I think it's more that people in general were more formal and upright when having their 'portrait' taken by a photographer.  Getting a photograph was a big deal and the photo represented who the person was.  People didn't take a dozen selfies every day.  On the other hand, in paintings of scenes from everyday life, musicians were usually shown in more natural poses, actively playing as opposed to posing.

I wanted the portrait to have the feel of a William Sidney Mount painting, or style of painting that plays with light typical of the Romantic period.  To have it feel too much like a period photograph with its long exposure time would, in my estimation, cause the portrait to lose its warmth.  I am glad that my ugly mug is causing some discussion.

Dan'l when I said the photo was very period looking, I wasn't meaning that it reminded me of a period photo, only that all the articles appear to be from the period even all the room itself.  I certainly agree that it has been computer enhanced probably photo shopped to give it an appearance of a painting.  It's well done to say the least.

I would just add, I would not mind having a pair of those trousers.

I actually had those pants in 1968.  But bell bottoms, and in variable width stripes in shades of blues rather than browns.   ;D