" The town was originally called Pinegrove, and how the name change occurred is rumored to have something to do with a bar fight in the late 1850s which was likened to the long British siege of the then-Russian seaport of Sevastopol.

Just curious about the origin and the composer?

No clue...but I'm willing to bet it's out there somewhere. Ian, were counting on YOU!

I had no idea either. My friend said hey there's a town in Northern California named of the same name. So she looked it up. I did find this on wikipedia; quiet an extensive battle to say the least.

Makes sense though, there was a Russian occupation in the early 1800 in California.

Here is painting of the city while under siege: 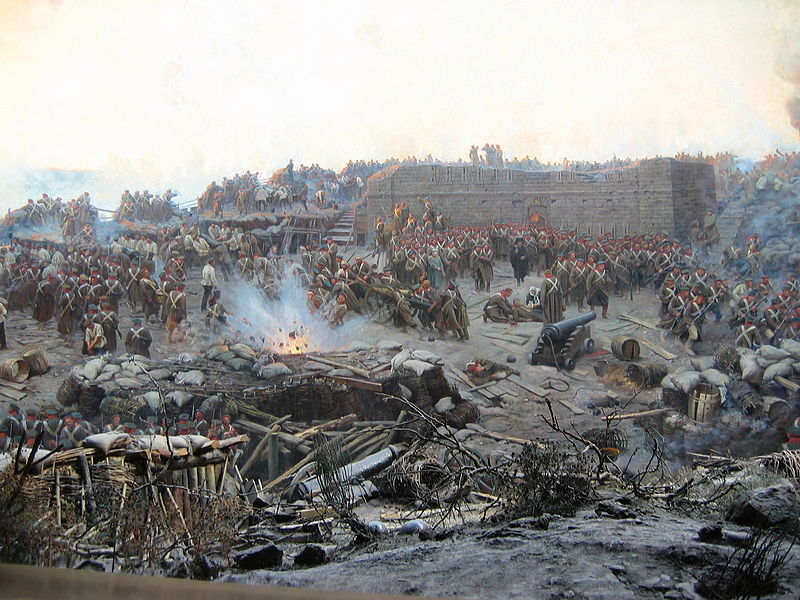 I always assumed (but don't know) that it referred to the Crimean War.

Absolutely! I would say your right about the Crimean war connection. The bar fight reference as to how the town in California was rumoured to be named  interests me. My friend suggested that possibly that the battles and its out comes was similar to Nepolean's defeat at  Waterloo had a similar connection in where someone suffered a terrible defeat.  To coin the phrase" That was indeed his Waterloo" something to that extent. Maybe the looser in this famed Bar fight suffered such a defeat, it was forever referred to the defeat at Sevastopol, later named Sebastopol.  Maybe I'm really reaching here. But so true so many of these songs, jigs Reels. I'm sure the titles offer some history.

Those are the ones that I find the most interesting.  On this site (I've sent it previously) there are a lot of parodies to popular songs of the era with new words referring to then current events and social issues.  Rarely did something happen without generating new verses to a known song.

I'll bet (though I haven't tried it) that 'Sebastapol' would get a hit or two.

Hmmph!  I was wrong.  No hits for 'Sebastapol' on that site!