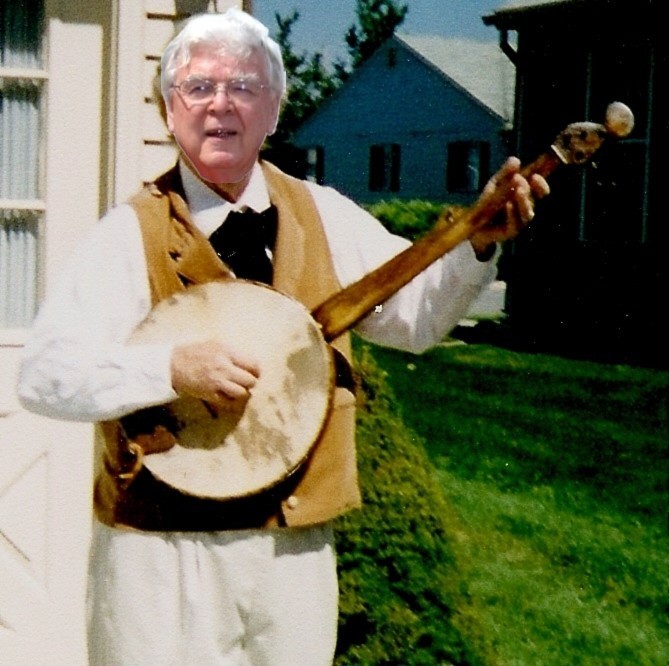 Ron Stanfield has not received any gifts yet

I began learning to play guitar late in life jamming with a lot many good bluegrass people. In 1982 my wife Ann discovered the Appalachian lap dulcimer at a music shop in Pigeon Forge,TN and we have performed locally for churches, festivals, and senior centers ever since.

We became involved with Appalachian storytelling, folklore,and civil war Living History where I picked up the old-time clawhammer banjo. I did a portrayal of Mark Twain for a while using a replica of an old-time fretless minstrel banjo I had made. Presently I am sawing on the fiddle a bit to complete the circle so-to-speak.

For nearly thirty years my wife and I have enjoyed meeting and sharing our musical experiences with other folk musicians. During our travels we encourage others to chime in on the promotion and preservation of old time folk music and to take up an instrument of their choice if they feel so inclined.

Keeping in practice with old-time folk music tradition, I have enjoyed songwriting over the years working independently with gospel, and traditional folk for the family and kids. It is my hope that my efforts to preserve a great American tradition may touch the hearts of many.

Ron Stanfield said…
I got a late start with the banjo. The banjo in my phote is a prototype made from scrap pieces of wood and a calf skin from a drum head. Banjo number two is a replica of the 1850s Joel Sweeney banjo.