The quote is often given incomplete, so here it is mentioning 3 players that must have been popular in California in 1865--

I have modified my musical creed a little since I have enjoyed the opportunity of comparing Tommy Bree, the banjoist of the Olympic, w ith Gottschalk. I like Gottschalk well enough. He probably gets as much out of the piano as there is in it. But the frozen fact is, that all that he does get out of it is "tum, tum." He gets "tum, tum," out of the instrument thicker and faster than my landlady's daughter, Mary Ann; but, after all, it simply amounts to "tum, tum." As between Gottschalk and Mary Ann, it is only a question of quantity; and so far as quantity is concerned, he beats here three to one. The piano may do for love-sick girls who lace themsleves to skeletons, and lunch on chalk, pickles and slate pencils. But give me the banjo. Gottschalk compared to Sam Pride or Charley Rhoades, is as a Dashaway cocktail to a hot whisky punch. When you want genuine music -- music that will come right home to you like a bad quarter, suffuse your system like strychnine whisky, go right through you like Brandreth's pills, ramify your whole constitution like the measles, and break out on your hide like the pin-feather pimples on a picked goose, -- when you want all this, just smash your piano, and invoke the glory-beaming banjo!

Thomas Bree appears to have been a luthier as well as a performer.  Check out this banjo--

Great lookin' banjo!  I would have guessed later than 1870 for a manufacture date but what do I know.

He ends up a waiter in the poor house at the end of his life.  Bummer.

Sam Pride (or Purnell) is mentioned very briefly in the Converse Reminiscences as a black player who "had a few attractive effects."

Of Charley Rhoades I found this interesting snippet--

"Some of the old-time minstrels lived in San Jose. One of them, Johnny Tuers, adopted the stage as a profession, after he left San Jose. Charley Rhoades, Fred Sprung and Ned Buckley came to San Jose to reside after they had given up active work as entertainers. Tuers was an end man and flat foot dancer. He was the originator of this style of dancing and the champion of the Coast. He played in all the cities and towns from Los Angeles to Salt Lake but most of his time was spent in San Francisco. In the late '60s he quarreled with a man on Washington Street in that city. Pistols were drawn and an innocent bystander, James Dowling, a theatrical manager, stopped Tuers' bullet and ceased to live. Tuers was tried for murder and acquitted. "Billy" Tuers, Johnny's brother, stayed in San Jose. He was never on the professional stage, but appeared many times as an amateur, acting both as end man and dancer. In middle life he was stricken with blindness and died in Santa Cruz several years ago.

Charley Rhoades was the pioneer banjo player of the state. Not long after the discovery of gold his banjo was heard on the streets of San Francisco and in the northern and eastern mining camps. In the early '60s he joined a minstrel company and as end man and banjo player was before the public until his removal to San Jose in 1874. He was the reputed author of that popular old song, "The Days of '49," and up to his retirement it was the favorite song of his repertory. The style of the song is shown in the following verse:

There was Kentuck Bill, one of the boys,
Who was always in for a game,
No matter whether he lost or won
To him 'twas all the same.
He'd ante up, he'd pass the buck,
He'd go a hatfull blind,
In a game with death Bill lost his breath
In the days of '49.

Another verse refers to Reuben Raines, a Sacramentan, for whom the late Edward Johnson, a pioneer millhand of San Jose, sometimes acted as assistant. Johnson used to boast of his connection with the Raines' outfit and would recite with gusto the following verse:

There was another chap from New Orleans,
Big Reuben was his name.
On the plaza there, in a sardine box,
He opened a faro game.
He dealt so fair that a millionaire
He became in course of time,
Till death stepped in and called the turn
In the days of '49.

Rhoades was a consumptive and after a few years' residence in San Jose removed to Santa Clara, where he died about forty years ago."

Let us not forget, stroke-style banjoists, the importance of the work we do.  If you ever get a little "disgusted" with your playing, just reread Twains words and get back to work.

Well done, Mr. Anderton. I enjoyed that immensely. A friend of my father-in-law could recite "The Shooting of Dan McGrew" (Robert W. Service) and those lines you quoted reminded me of both the poem and the man.

That was made by Charles Morrell, in 1863 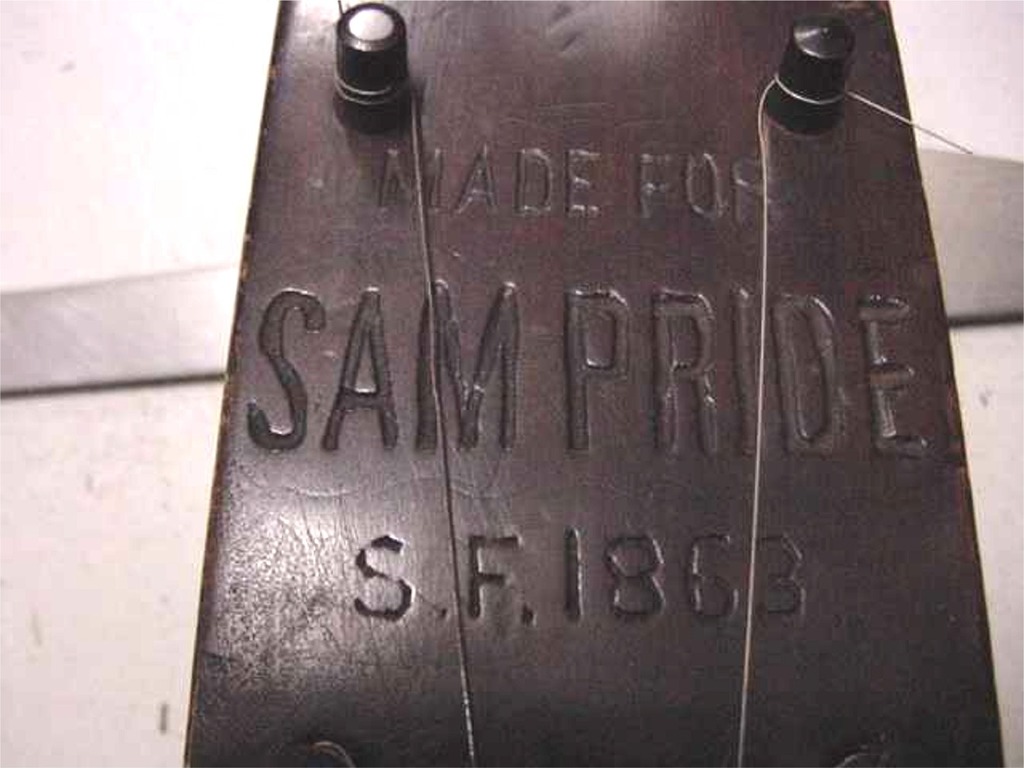 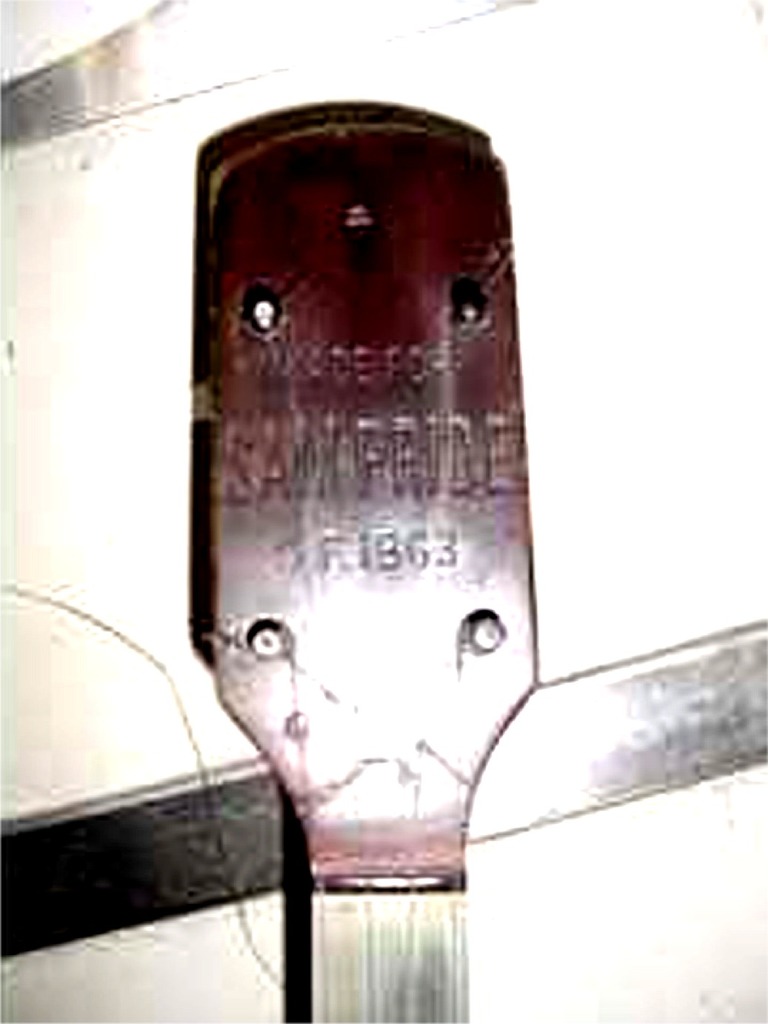 or Purnell) is mentioned very briefly in the Converse Reminiscences as a black player who "had a few attractive effects." " 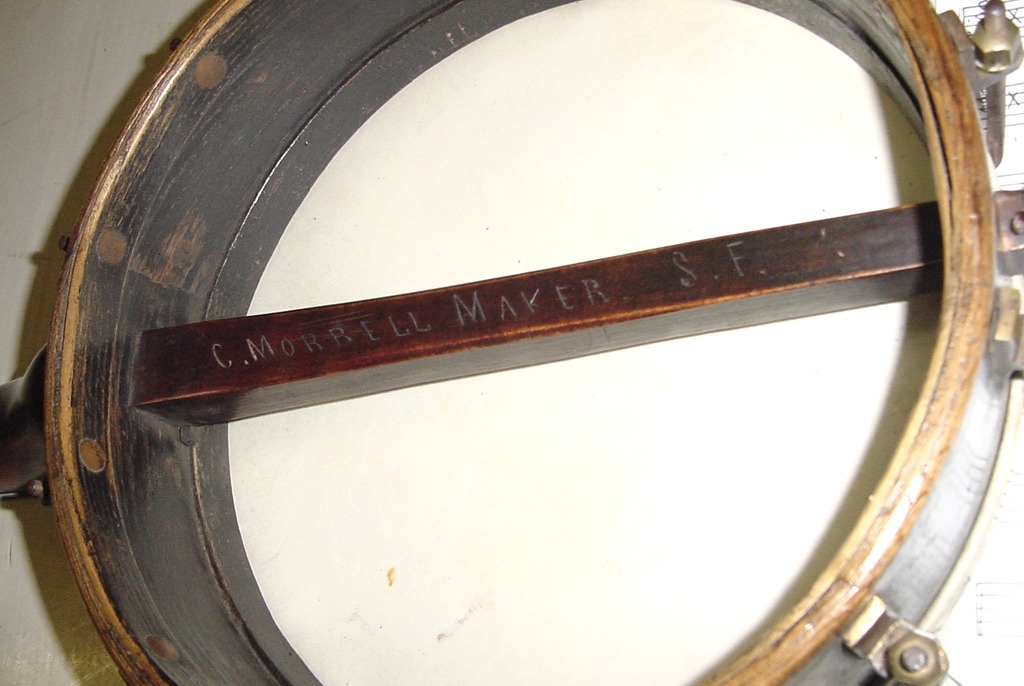 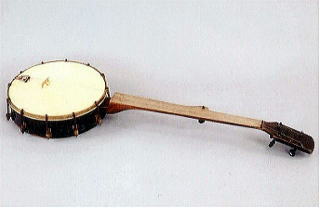