Some down time in between battles! 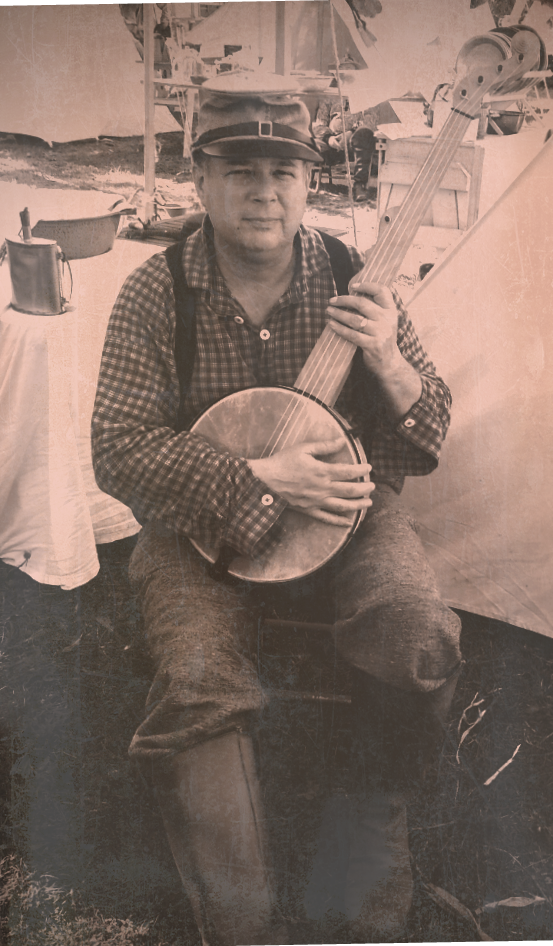 Still enjoying my banjo made by Terry Bell & Son. Hundreds of people taking photos of this! At the Underwood Family Farm in Moorpark, CA, November 2013

Nothing quite like having a banjo that is both yummy to look at and yummy to play!

Here's part of one comment I picked up from a forum on the internet:

"I can give at least one account of a Southern banjo player and his banjo in a minstrel show setting. Pvt Wiley Burnett of the 1st. NC Cav had a Boucher banjo that he took to Point Lookout (taken prisoner at Petersburg). The banjo can be seen on the banjo data base. It should be noted that there is a watercolor done in the camp showing a Southern blackface show by prisoners for prisoners. The watercolors have been widely published and one can also be seen on the data base. There are two banjo players in the band and the family tradition has it that Burnett was one of them and the flute player in the band was know to be a friend of Burnett and captured at the same time. The flute player, whose name I no longer remember, left a diary account of his capture confirming, in part, the Burnett family history.

We must not forget that in JEB Stuart's camp we can find banjoist Sam Sweeney who was a minstrel and whose brrother composed many minstrel tunes. Adam Manley Reese is another known Confederate player and some good information exists on him. Another would be a man named Noel from Lynchburg. His banjo is now in the Sandusky Museum collection. Mr. Noel was known to have served in the Confederate army and was a native of Lynchburg.

These are a few examples but much more research needs to be done on Southern banjo of the period.

I hope this information helps.

George Wunderlich
Executive Director
National Museum of Civil War Medicine and
The Letterman Institute
Dan'l - I am curious about what makes you think a Southerner would think of a banjo as a "lowly slave instrument?" Why do you assume that most Southerners think of slaves as stupid and not fully human?  Where do you get this information? I believe it's possible that perhaps many Southerners would think that the only substandard humans out there are those who eagerly and willingly don the blue Federal uniform! I personally have experienced much more bigotry and racism from northerners than from their southern neighbors.
I have seen several photos of confederate soldiers playing a minstrel banjo. But I also have seen many photos of Yankee banjoists as well. Here's a period photo of a typical Federal soldier playing a banjo in a camp. Hope this helps! 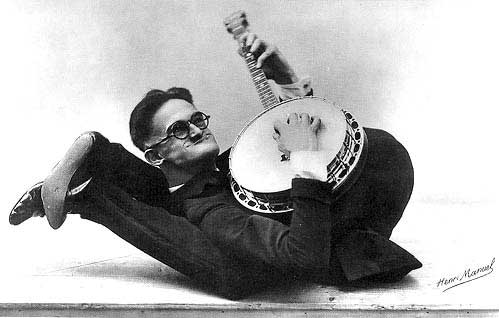 I hope you appreciated the humor in the photo I had enclosed before! Is there a link for me to go to to read the information you mentioned in Antebellum/CW times? I'd like to read this for myself. It would be much appreciated. Thank you. Terry