This past weekend I had the very good fortune of meeting and spending some time with Joe Ayers.  He gave a concert Saturday night in the Bennett Place Historical site auditorium in Durham, NC and a two and a half hour minstrel banjo workshop the next day.  Both events were organized under the auspices of Mark Weems, one of our very own members.  Thank you again, Mark.

For those of you who have never heard Joe's recordings from the banjo tutors, his playing style is absolutely unique.  I have never heard anyone else approach the clarity of tone and perfect articulation Joe can wrestle from a banjo.  And Joe was generous enough to share the method to his madness.  Simply put, he doesnt't play like anyone else I know.

Joe has developed his own method of playing with only one rule.  Let me say that again.  There is only one rule  witn very, very few exceptions.  Joe plays with a stict alternation between finger strike and thumb strike.  And that's it.  As simple as this sounds, in practice it is much harder to do than it sounds.  For instance, in tunes such as Circus Jig, Sugar Cane Dance, or the Modoc Reel, in the places where there are ascending arpeggios (broken chords in which the notes are played discretely rather than simultaneously) most of us mere mortals would play the first three strings by sliding one finger across the strings followed by the thumb.

To conclude, in reference to another of my personal eternal mysteries, the trill in "Luke West's Walkaround" is performed by Joe in the following manner:  Stop the second string at the third fret, creating a unison with the open first string.  Next strike the second and first strings consecutively as fast as you can, closely followed by the thumb on the stopped second string.  Repeat three times.  And yes, this is one of the very few exceptions to the strict alternation of finger and thumb.

P.S. Joe says the easiest way to learn this technique is to practice a lot.

Permalink Reply by Mark Weems on August 18, 2011 at 1:10pm
not like a repro at all, more like a modern open back but with nylgut strings and no tonering

At the concert on Saturdayy night Joe mostly played a gourd banjo and sang on most of the songs.  Joe seems to know an endless number of verses to each song such as "Jim along Josie" and "Coal Black Rose."  Joe arranged his song  selections around the socialogical context and the broader meaning of the songs, pointing out the mean-spirited undertones and intent of Reconstruction era tunes as compared to antebellum tunes.  He pointed out that the unexpurgated version of Daddy Rice's "Jump Jim Crow" was actually a song about a black man ridiculing white people rather than the opposite.  Joe played this on a gourd banjo and played improvisations up the neck as he did with most of his tunes.  Joe's performance was about both the role of the African contribution to distinctly American music and the great harm that was perpetuated following the war.  He contends that this rift has never healed.  Joe believes that music is the true universal language, and contacts between musicians and between musicians and non-musicians can help heal the lingering sociatal damage. This message was given equal weight with the musical performance itself.

While several of Joe's songs were from the tutors of the day, and Joe gave these books full credit as to their importance and influence, he was not hesitant to deviate from the exact version in the books.  He also pointed out that many of the lyrics to these songs were altered in order to make them topical in order to comment on the events of the day.  Finally, Joe thinks Joe Sweeney was a musical viruoso from whom came many of the seminal playing techniques that morphed into 19th century banjo playing.  Joe is insistant in calling the basic technique "banjo style" as opposed to "minstrel style,""stroke style," or any other descriptive word.

Mark Weems or other attendees out there may wish to comment further.  The presentations both days were so complex and contained so many diverse elements and ideas, that it is very difficult to to briefly or comprehensively summarize or characterize the experience.

P. S. Joe pretty much plays everything from musical notation as opposed to tab and I believe his Elias Howe book won't contain tablature.

Permalink Reply by Scott House on August 18, 2011 at 6:04pm
I really would like a CD of the Rice or what ever else is available. I had all the TAPES back in the day, but they mostly wore out and broke/flipped messed up etc now I have none :( I love listening to . Mr. Ayers play. His Dan Emmett tape got me started in this adventure some 15 years ago. Wow.

Like you, I had all the tapes.  I had them all transferred to CDs last winter.  This process is very labor intensive and impractical.  Mark Weems just posted that Joe Ayers is about to launch a website called joeayers.com.  The plan is to sell the tutors plus the Elias Howe tutor and CDs of the original 4 tutor tapes.  So try joeayers.com every so often and you should soon have luck. 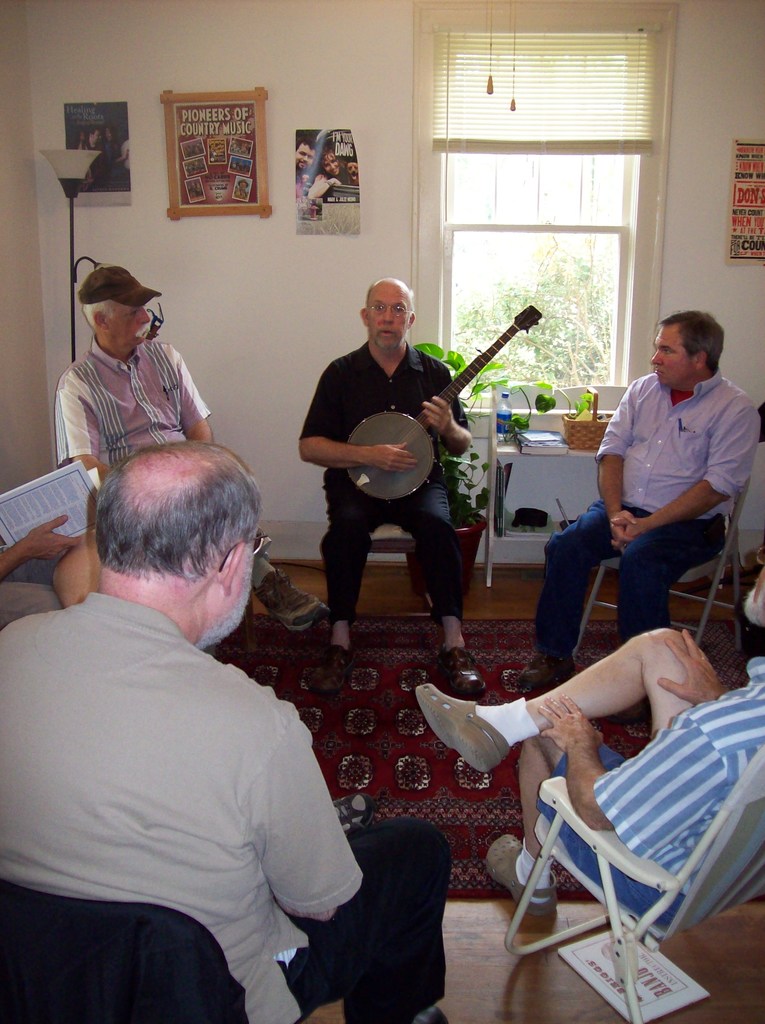 Permalink Reply by Mark Weems on August 19, 2011 at 7:18am
Joe Ayers expounding during the workshop. 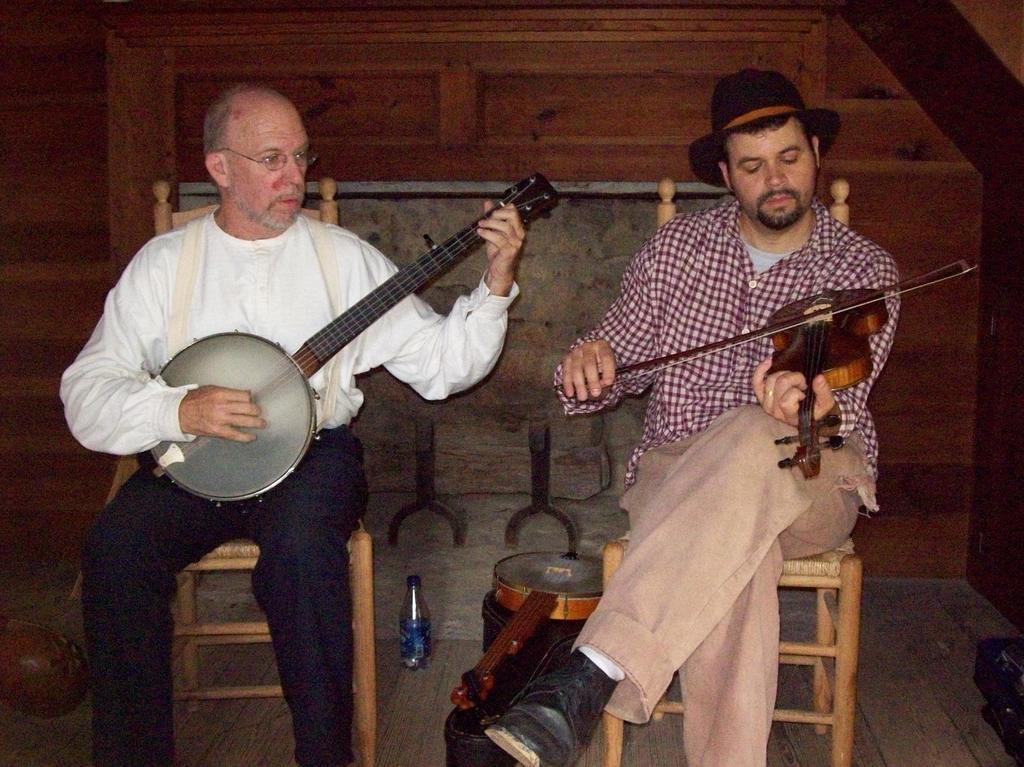 Permalink Reply by Mark Weems on August 19, 2011 at 7:22am
This is the banjo Joe plays while not playing the gourd.

I'm guessing a synthetic Renaissance Head.   I love them on my banjos, since they don't sag when playing outside in the summertime.  They sound more like calfskin that the older "Fiberskin" heads.

There's also a possibility it's a 'slunk' head, which is very thin unborn calfskin and has that same translucent look and is not as 'blotchy' looking as regular skin.  I've used those too, but they react very much to humidity.  I mention this because the Ren. head tends to have a slightly golden hue, and slunk tends to be non-yellow, just like these photos.

I'm still thinking it's a Ren. head though.