Does anyone know much about him, and how he came to be such a great source of notated music. He must have been placed such that he had access to this music, and also have great transcribing skills. We see so much crossover in the banjo/fiddle material, I would like to know more about these connections.

I'm certain that you know that a good bit of info on him is in the first pages of RYAN's and especially HOWE'S 1,000 JIGS AND REELS.  That's the extent of my knowledge but I could do some searching in Ancestry.Com if you would like.  I think I'm due to renew my subscription.

Tim, here is a link to some info on him.

Thanks for the link.

I know a bit, having written an article about Howe-Orme instruments for Fretboard Journal a number of years ago.

As most people here undoubtedly know but others often don't there were two Elias Howes, the "sewing machine guy" and the "music guy," both living in the Boston area at about the same time.  My comments will all be about the "music guy."  He began as an umbrella repairman in Rhode Island before moving to Boston.  He was an avid fiddler and, later, fiddle collector.  He began gathering tunes form other fiddle players and writing them down pretty early on and, at some point, realized that he could compile the collections and sell them.  By the time he was twenty, he convinced  Kidder and Wright of Boston that if they published his tunes, he'd work diligently to assure that they sold.  It appeared as the Musician's Companion in 1940.  By 1843, he'd established his own publishing company in Boston. It was around that time that he began cranking out instruction books -- for violin, woodwind (e.g., flagolet), accordion, and concertina.  These were primarily tune collections (with substantial redundancy from series to series) with a bit of basic instruction thrown in.  This was actually a petty clever marketing strategy that allowed him to generate broad interest among diverse musicians in the tunes he had collected.  They sold for about half a dollar each.  These were sold as a series under the title, Without a Master, suggesting their suitability for self-study (and potentially expanding the market considerably).

He also published or edited other tune collections, including Howe's 100 Scotch Songs and, in 1848, Ethiopian Glee Book, containing the repertoire of the Christy Minstrels and other African-American-influenced music in two volumes.  When the book was reissued in 1849, he listed himself as "Gumbo Chaff," a name familiar to many here.

By the following year, he had attracted the attention of Boston's premier music publisher, the Oliver Ditson Company, who purchased his collection.  Part of the deal was Howe's agreeing to a non-competition clause that forbade him from publishing for 10 years.  Ditson cranked out many of Howe's compilations under their imprint, including, in 1851, The complete Preceptor for the Banjo by Gumbo Chaff.

He eventually expanded his business beyond publishing to instrument sales and became an avid collector of violins, traveling to Europe periodically both to seek out valuable violins and also to purchase European-made instruments for sale in his shop on Court Street.   His violin collection was considered one of the finest in the country.

He also became interested in fretted instruments, especially as the mandolin and similar instruments gained in popularity.  Although most were imported from Europe, they were marketed and labeled as Elias Howe instruments.  After his death, his children continued the family business.  In conjunction with a prominent Canadian music firm, they acquired the rights to patents for very high-quality guitar shaped mandolins with a cylindrical bulge on their tops.  These had originally been developed by James Back of Canada in conjunction with Orme.  The instruments were branded as Howe-Orme mandolins and were widely used by professional musicians in the late 1890s through the 1930s or so.

Howe was also a personal friend of Ulysses Grant's vice president, Henry Wilson, who had served as senator from Massachusetts before entering the administration.  This friendship, together with Howe's manufacturing the drums and supplying the fifes used by many of the Massachusetts regiments, probably played a role in Howe's visibility in Washington and his invitation by President Lincoln to serve as Director of Bands for the U.S. Army at the rank of Lt. Colonel.  Howe declined.

As for the "sewing machine guy," he and his namesake were not always on the best terms.  Copies of the Federal Register that Vice President Wilson regularly sent to the musical Elias Howe were often delivered, in error, to the sewing-machine Elias Howe, who (according to surviving family members of the musical Howe) often refused to turn them over to his namesake.

Important sources that I've used in compiling information on Howe include:

Finally, a couple of images.  Here's a shot of Scollay Square, Boston, from the 1880s with the "Howe's Music" sign dominating the skyline: 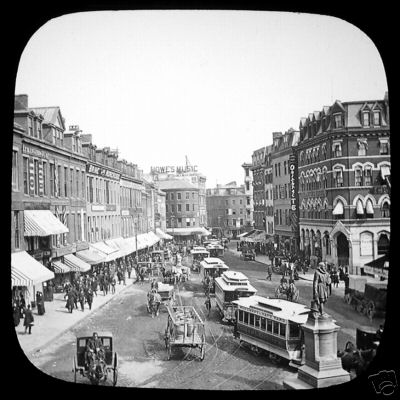 And here's a picture of the man himself, from his company's catalog: 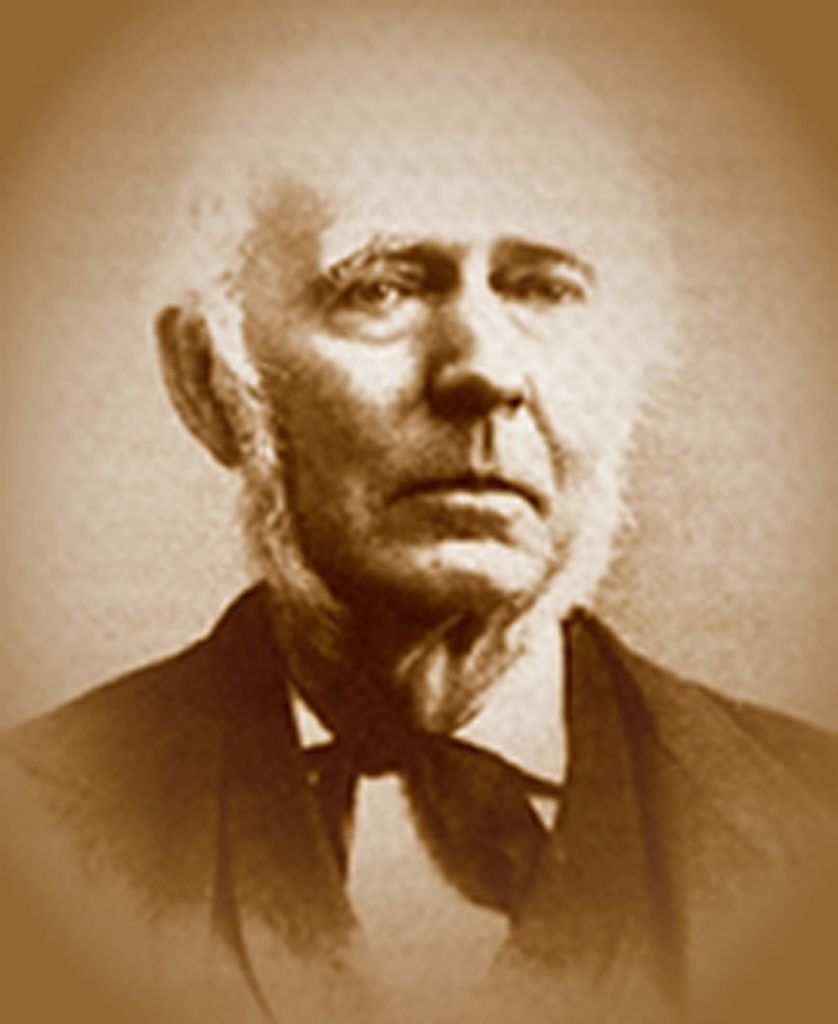 Excellent Bob. Thank you. That was a lot of information.