Confessions of a slacker ? (boo hoo)

There has been a flurry of new members, new activity, new videos here lately.

It's all so inspiring!   Exciting times!

But I confess...the more I see the awesome and speedy progress of other players, the more clumsy and lame my own lack of progress seems to me...after several years of playing minstrel tunes.  I'm pretty sure my rather paltry practice session times account for a lot of my lack of progress, but maybe that ties in with my being over 60, still working my day job and spreading my time too thin, and it taking a little longer to pick up skills that I had less trouble picking up say fifteen years ago.

Anyway, ....am I alone in feeling inadequate as a player?  Here I am getting ready to go to the Sweeney gathering in Virginia, and I probably won't even be able to play half the tunes everyone else will be merrily ripping along on.  The tunes I can play fairly well I can only play at a moderate pace, not real fast.  My playing is somewhat in a plateau since last year.
Hmm, thank goodness I can now play bones in a rudimentary manner, so I can at least fall back on that occasionally.  Bringing a couple of 'emergency tambos' too.  (In case of emergency, break glass and rattle tambo)   =8-\ 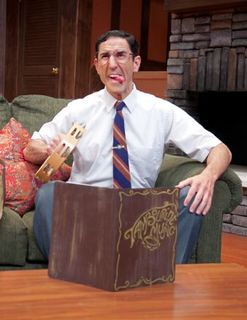 It seems to me that all the beginner players here from last year have zoomed on ahead like olympic speed skaters, while i'm still sweating and trudging along in my sinew-laced snowshoes.  lol

Yeah I know, this sounds like a pity party.  Guess i'm just looking for some reassurance and camaraderie from others who aren't very confident yet in their playing either.  Surely I can't be alone in being at a truly 'awkward stage' in my playing..... ?

Permalink Reply by Chris Prieto on April 23, 2016 at 11:53am
Honestly with all the insanely talented folks on here, I am assuming all who aren't those people do feel a bit of performance anxiety of some kind. I know I toil over any video I post hoping it will be "good enough". Everyone here is super supportive, even the really talented folks which I think makes this lil site so valuable to the beginning player. We all can't be __________ (insert current fav player) but we can be inspired by them.

I think as creators we tend to be our own harshest critic. I actually relied rather heavily on your Mary Blane and cotton pod walkaround videos when I first started playing. We all serve as cogs of inspiration to a metaphoric banjo mechanism, some cogs small, some cogs big but all cogs required!

I am also blessed in that I work at a very lax job that allows me to be me and have no children. So all other free times is for travel and banjo and I am getting about 2 hours of practice each day.

I feel the correct answer is more banjo :)

Strum, I'll bet there a lot of folks out there who feel the same way you do.  I for one still feel inadequate when I view the great videos posted on this site.  I have been playing banjo for almost 2 years now and don't feel I have even approached the "adequate" level.  But, when I look at my own videos, I can definately see I have improved since I first started.  For example, I now do not feel compelled to keep my eyes locked on my picking hand to ensure I am always hitting the correct string.  I am fully retired now (have been for about 3 years) so may have more time time to practice.  I definately do not recommend marathon practice sessions, especeally for beginners, very hard on the fingers and nerves of other family members.  But, you are definately not alone so take heart in knowing you have kindred souls lurking in the bushes.  As long as we enjoy making music at our level we have to get better at it.  I too am looking forward to the Sweeny event next month and meeting everyone and making music together.

I have been following you on various forums (fora?) now for years. I saw you once at Banjo Camp North (2002?) but did not get a chance to introduce myself.  Remember Banjo-L? Your music is wonderful.

I have been playing banjo now for about 20 years, and I still struggle with it. I have posted exactly one (1) (uno) Youtube of me playing the banjo, and it is so lame and full of mistakes that I have not had the courage to do another. It took 50 tries... literally... the take that I posted was number 50.... I just gave up after 50 and posted what I had.

So I think that it just looks too raw from the inside. From the outside, your videos are terrific.

I would love to go down to the Sweeney Gathering and back up your wonderful bones playing with my lame banjo playing, but I am still working that day job 60 hours a week. I am hoping some day to get the time and $$$ to go meet you fine folks in person and limp through some tunes with you.

You certainly should not get discouraged. Keep going. Remember my tag line.

"If only the best bird sang, the forest would be a very quiet place".

Chris, Tom, and Brian...you've made me feel a whole lot better.  I realize it's foolish for me (us) to criticize my own playing too harshly...it's all just part of the journey, to slowly improve over time.  It truly is the enjoyment and the experience of playin gtogether that matters most.

Brian- I can relate to the '50 takes' thing...and also to looking at it months later and realizing it maybe wasn't as bad as I thought.  :)

It is what it is, and I am very excited about going to Sweeney and becoming further inspired by you all and meeting new friends and also some of my friends from AEBG 2013 & 2014

Thank you for your good thoughts- I am pretty sure they will help others in addition to me as well.

I frustrate myself with my on-again, off-again relationship with music; my pattern seems to be hibernation for most of the late fall, winter, and early spring, where I'll hardly touch a banjo or learn any new songs... and when I pick it back up it often feels like starting two steps back.  Not to mention going in too many directions at once; I have the same frustrations with classic style, and the fact that there's just not enough time in the day to learn all the things I want to learn!

So here I am with a gig in a couple of days, having barely played at all since last Fall, and feeling lame that my set list consists mostly of the Briggs' chestnuts I can play on autopilot and not some of the flashier Converse and Buckley tunes I used to be able to play pretty well but let slip away over time!  But I try to remind myself that 1) it's not a contest and 2) nobody at this venue (unless some fellow early banjo weirdos stop by) is going to have any idea what I'm playing or whether it's any good!  We are definitely our own worst critics.

Permalink Reply by Richard Katz on April 28, 2016 at 9:08am
With all the talented players here it took me a long time to have the courage to post a video. That includes you Strum. Your videos inspired me as well! Also, it usually takes me 15 or more takes to even get a video where I don't make mistakes.
It really all boils down to enjoying playing, community with other musicians, and not being too critical of yourself.
I took up banjo late in life because I was given a banjo that my dad owned shortly before he passed. He never learned to play it, but I would tune it up and try to teach him a few things on it. I became obsessed with learning because I love the happy sound and the music and also to honor him in some way.
I have been a professional musician most of my life, first being a drummer and then playing woodwinds, so playing strings was totally foreign to me.
I am really enjoying the journey and the wonderful folks I have met here on this forum.

Wow, I can so relate to all of you!   Love hearing about everyone's personal journey and challenges!