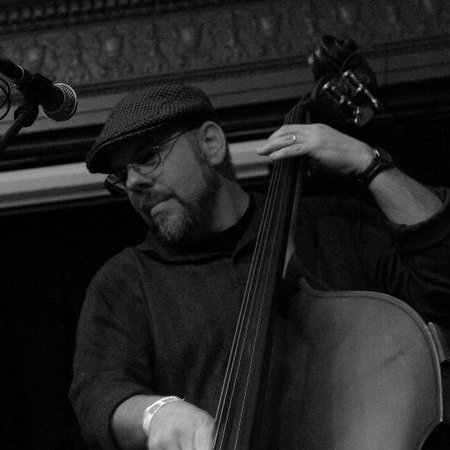 John Litz has not received any gifts yet

How did you find out about Ning Minstrel Banjo?
Google, searching for thimbles

How long have you played banjo?
Not very - I'm actually a bassist, but I enjoy other instruments.

What kind of banjo(s) do you own?
Goodtime

I'm John, a long time bassist, and general student of music.  I bought a Goodtime II resonator banjo back in '06 after hearing some cool music on a cartoon my son was watching on a Saturday morning.  Being most familliar with the Scruggs sound, I bought a banjo and Earl's book with the intention of learning bluegrass banjo.  Unfortunately I never really got the hang of the rolls, and realizing the amount of practice required just to become "presentable", I put the instrument away for a few years.

During that time, I discovered something called "clawhammer", and decided to give it a shot.  It felt more natural, but not being satisfied with the results I was getting after a bit of time, I put the banjo away again.

About a year later, Scruggs came calling again, so I pulled it back out and tried my hands at the rolls again, better than before, but in the back of my mind the clawhammer kept gripping at me.  I soon put the banjo away for yet another year.

Keep in mind that I was a very busy bass player during all this, so the banjo was almost a "hobby" outside of playing bass.

I just started playing it again.  I took the resonator off and I'm practicing my stroke and drop thumb on some folk tunes and general "noodles".  I'm very drawn to banjo music outside of the norm, and the music on this website is very cool.  I don't have an ancient nylon-stringed instrument, but hopefully no one holds that against me.  I hope to learn more about the instrument and it's history, and learn some things that will sound cool sitting on the porch.