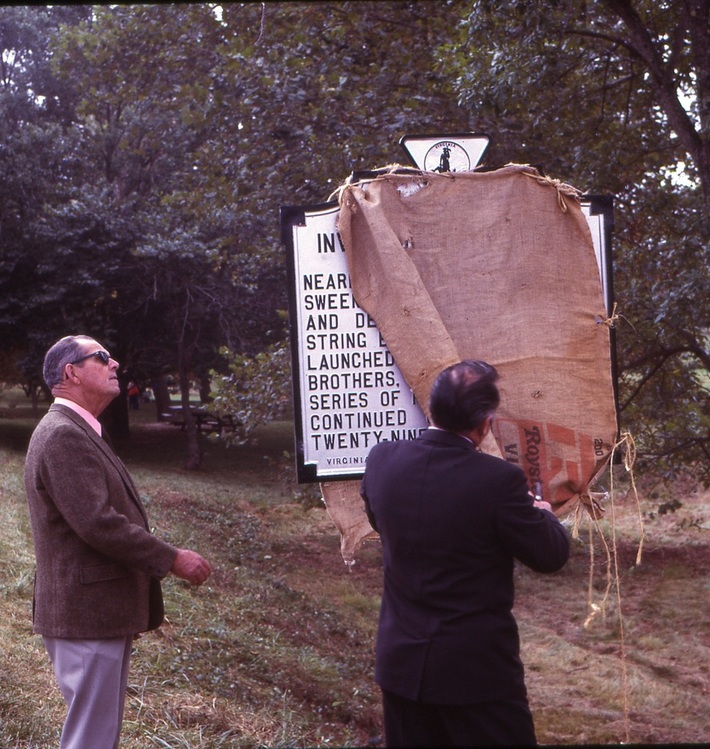 But here's the full text of both:


M 66 "Inventor of the Banjo"
Nearby is buried Joel Walker Sweeney (circa 1810-1860) musician & developer of the five string banjo.
In 1831 Sweeney launched himself & his two brothers, Sam & Dick, on a series of minstrel tours that continued until his death twenty-nine years later.

M 68 "Popularizer of the Five String Banjo"
Nearby is buried Joel Walker Sweeney (circa 1810-1860)  who redesigned this African instrument into the five string banjo that we know today. Although slaves apparently added the fifth string to what had been a four string instrument, Sweeney popularized the new form on the minstrel circuit. musician & developer of the five string banjo. He toured with his two brothers, Sam & Dick, in minstrel shows from 1831 until his death in 1860. During the Civil War, Sam Sweeney served as Maj. Gen. J.E.B. Stuart's personal banjo picker until Sweeney's death in the winter of 1863-1864.