A BANJO BOOK WITH AN AGENDA? 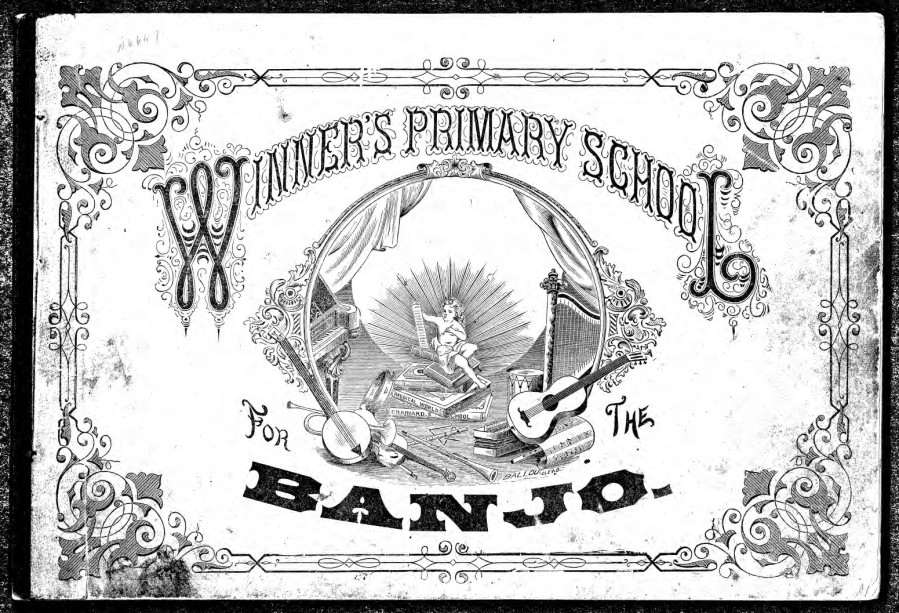 I was playing through some tunes in this 1874 book (Hamilton College Library) and was interested to come across the titles "Civil Rights Juba" ( a fairly generic juba tune) and "The Emancipation Jig", which tuned out to be a tune called "The Octaroon" in Dobson and which goes by other names in other books. A closer look revealed no use of the N-word or even "darky" anywhere among the titles. There was a tune named "Colored George's Juba" and one called "Picininis Galop" which I'm guessing is actually "Pickaninny" and not named for some Italian tenor — and oh yes, "The Heathen Chinee" — but by and large it's pretty tame by the standards of the era. A 19th century banjo book you can actually leave lying around the house! I wonder if this was a conscious decision on the part of Septimus Winner - or whomever actually compiled this. Anyone looking for a topic for a term paper?

Is there a pdf for this book some where?

Comment by Ian Bell on December 21, 2012 at 2:10pm
Nicholas - it's here http://elib.hamilton.edu/hc/hc-main.php?id=col_spe-ban&c=spe_ban - along with lots of other goods stuff. The pages are downloadable one by one as jpegs. I don't think you can do the whole book at once.

That's right. I forgot about that site. Thanks Ian!