Here's another banjo- I think this one is interesting.  It has a lot of Buckbee-like features, but the neck is connected to the rim with three screws, not two.  It also only has six brackets.  The fewest I've seen on a Buckbee is four, and that banjo had a later 19th century style headsdtock and frets.

I'm thinking this one is 1860s-1870s, but I'm not entirely sure. Could it be older but with replaced brackets?  Check out that neck carve and those pegs! 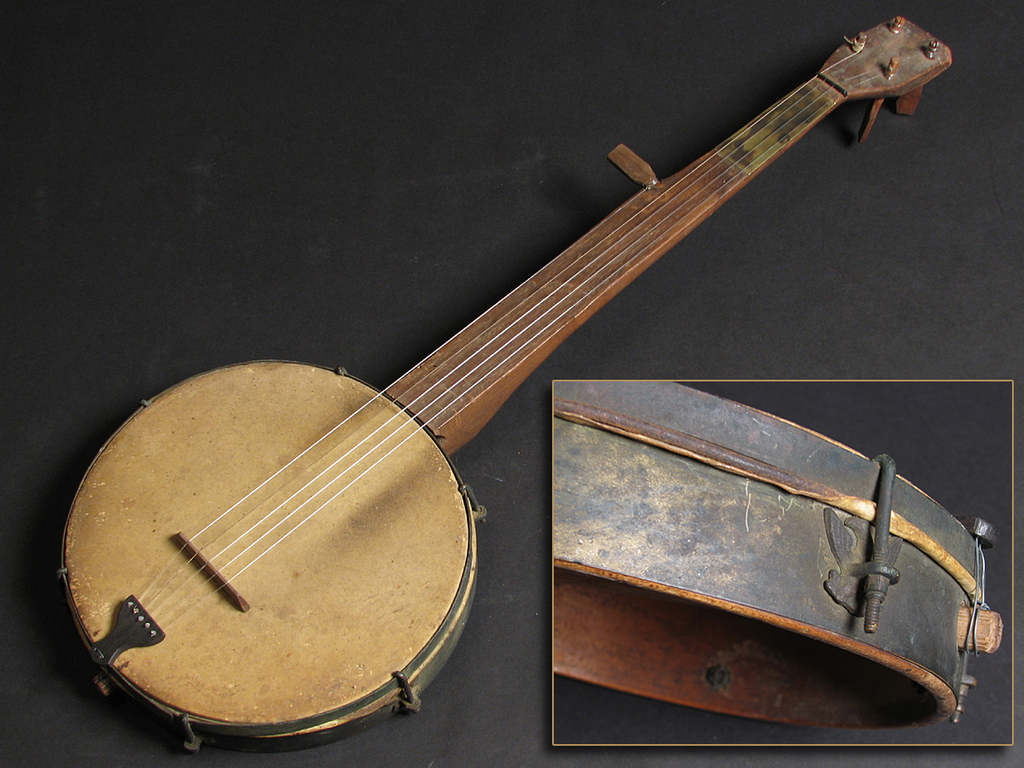 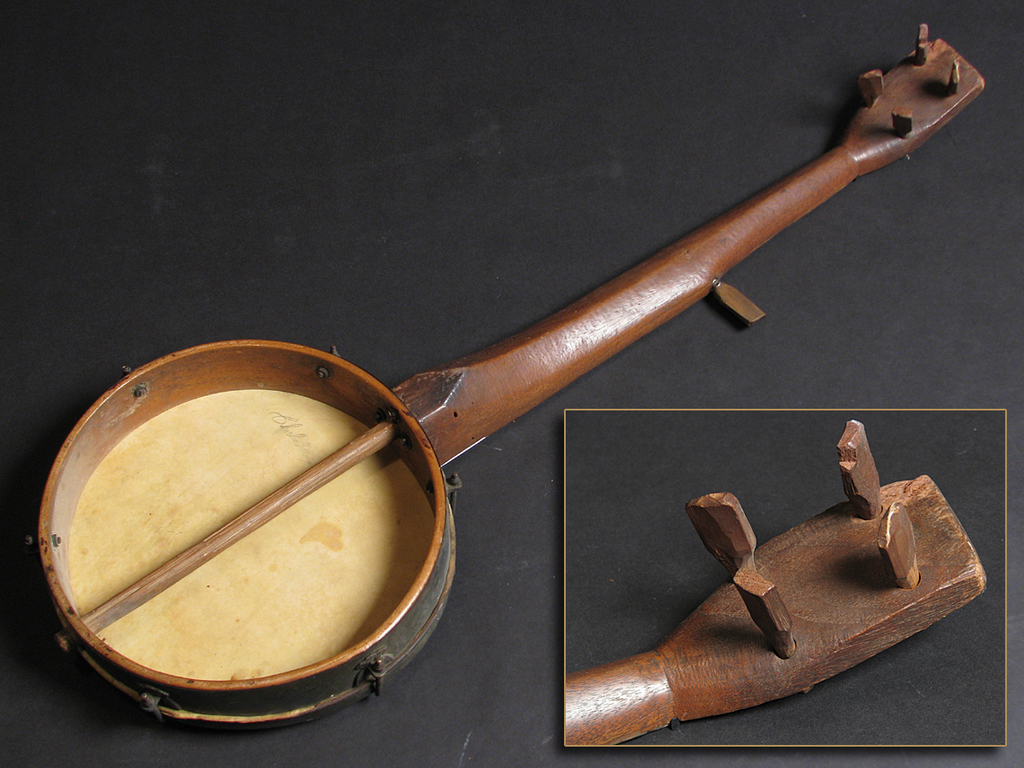 It Could possibly be from that time frame. I did notice that the dowel extends through the rim, allowing the tailpiece to be attached, which is a common feature for most minstrel-era banjos of the 1850's-1860's.

Is the head signed? I can see something that looks like it in the picture.